Let me tell you a few things about me that will help you understand what my objectives are and what I stand for... 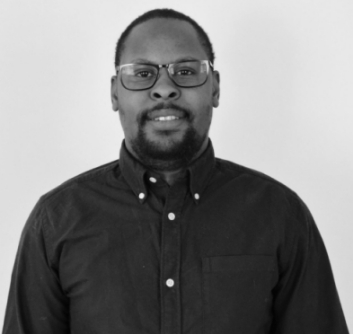 I am a Kenyan citizen by birth and Finnish by naturalization. I attended my lower schools, high school and completed my bachelor of chemical engineering degree in Kenya, graduating from Moi University in 2007. I then worked for three years at the Kenya National Cleaner Production Center (KNCPC) as a process engineer up until August 2010, before proceeding for my masters' degree in Finland. Graduating in 2012, I accepted a doctoral position at Lappeenranta University of Technology (LUT) early 2013. As a graduate student, I also worked as a researcher at the School of Engineering Science. I graduated in the summer of 2017 with a Ph.D. in Chemical & Process Engineering before taking up a job as a development engineer (materials & equipment) at Fimatec Oy. Fimatec is a start-up company in Imatra working towards developing robotic 3D printers for concrete panels. I have since left FIMATEC to pursue and explore what has greatly interested me in the following technological areas:

In the past few months I had wondered if a Unix/Linux based framework can be concieved. I concluded that if such a framework is possible, it will be faster (in speed), and cheap both computationaly and monetarily. I then embarked on this project and it has proven worthy. The current version does: 1. Automatic fetching of API data with no delays, and 2. Generation of initial front-end pages such as index, login, registration, and password recovery. If you are new to web development or a professional front-end developer, this tool will get you going in minutes. Check it out here my work and on my GitHub repository, clone it, double-click to install, and simply run it by typing "jetpack" on the terminal.

We recently begun the development of an e-sports gaming platform that is set to launch in a few months time. Under this project, I wore many hats both as a developer and as an assistant administrator. We are developing a secure, state-of-the-art e-sports gaming platform that allows video game players to organize wagering in games such as counter strike, league of legends, Dota 2 and more. Feel free check out the project and make sure to join the email subscription list in order to follow up on the project especially if you are a die-hard video gamer.

I am fascinated by the deep truths of natural sciences, mathematics, and philosophy of everyday objects. I, therefore, find joy in sharing what I have learned over the last several years of academics and industry experiences. I have since written a number of peer-reviewed publications with over 55 citations now mainly in process engineering, mathematics, and theoretical physics. Over the last three years I managed to put together a book titled "Mathematical Physics in Science & Engineering" which is available here as e-book and on Amazon as a paperback. I also do peer-review for most scientific journals and I use the material to offer cutting-edge tech content on Medium.